Magna Via Francigena: walking in Sicily 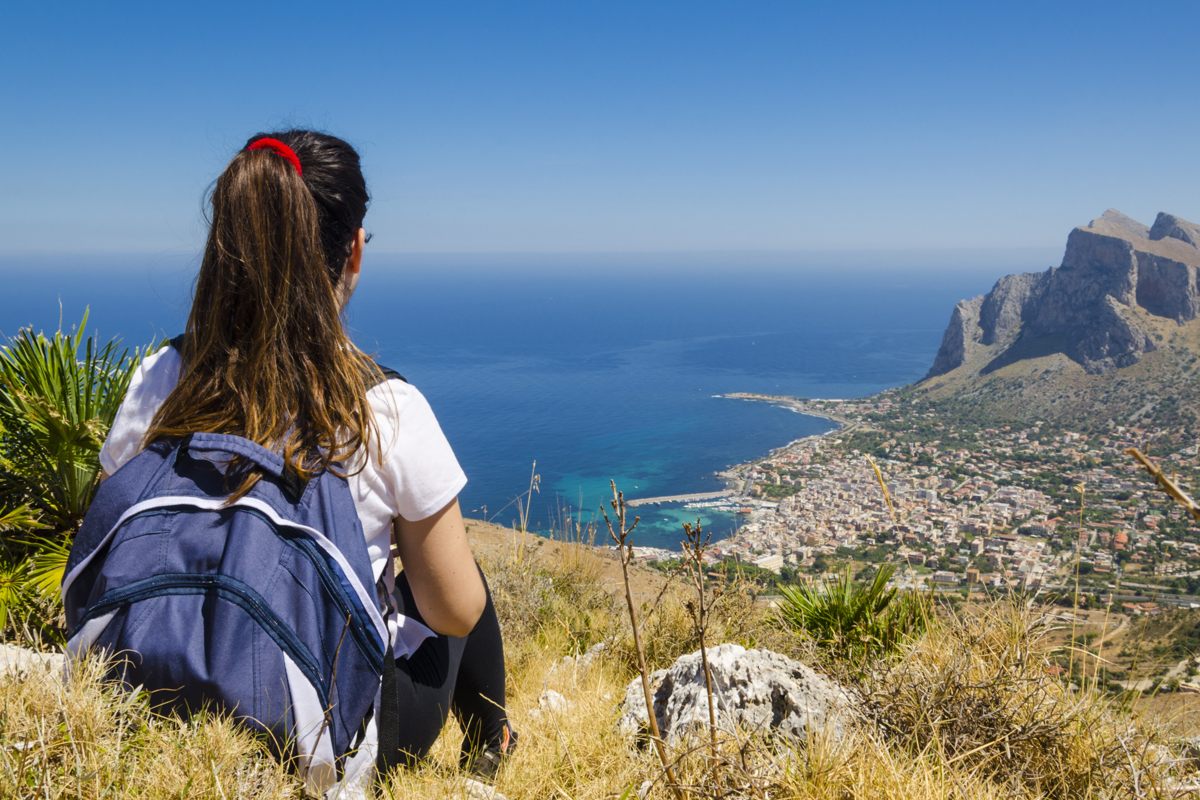 It is said that life is a walking made of beautiful experiences and obstacles to overcome, that are fundamental to form our personality and to deeply discover ourselves. We find perfect this metaphor, because it fully captures the spirit that characterises every walking trip.

When lived with the maximum awareness, a walking tour leads us towards the discovery not only of ourselves, but also of the secrets of the history of humanity. Every step we take in our way will help us to understand a fundamental piece of it. This is why the choice of the destination should absolutely not be casual!

A walking tour from Palermo to Agrigento: the richness of Sicily

Sicily has always been in a decidedly strategic geographic position, which made it a place of passage and meeting of people and civilizations.

Crossing the island by foot, from the North to the South, through a trail studied in detail, will allow you to travel back in time, discovering an incredible historical and cultural richness. Follow the traces that the Greeks, the Romans, the Byzantines, the Arabians, the Normans and the Spanish left in the palaces, the churches, the museums and also in the culinary traditions of the biggest island in the Mediterranean Sea, exploiting the pleasant climate that it enjoys all year round.

Here we propose you a new and exciting tour through the treasures of the South of Italy: pack your bag and set off with us along the Magna Via Francigena: hiking from Palermo to Agrigento.

Via Francigena in Sicily: historical notes

In particular, during the Roman domination, this trail was equipped with stations for the change of the horses and shelters for the travellers and it was included into the imperial road system. Over the centuries, these roads were the main communication route for local people and for travellers transiting in Sicily. Through these streets, the territory has absorbed the most varied cultures and still today preserves a rich mix of them.

Nowadays, this trail has been recovered and valorised: a constant maintenance and the presence of clear direction signs make the route absolutely safe.

The stop you cannot miss among the treasures of Sicily

Relying on Slow Active Tours, you will have the possibility to live an absolutely unbelievable experience, deeply breathing the air of freedom among the enchanting landscapes of Sicily, without needing to lose your mind in the organization of your journey’s plan.

Discover with us the stages of the tour that we have thought for you!

Hiking in Sicily: the tips by Slow Active Tours

Slow Active Tours guarantees the maximum support during your walking tour from Palermo to Agrigento. Besides offering you the informative package, you can ask for GPS tracks that can be consulted offline from your smartphone with an easy and intuitive mobile app. We guarantee you the luggage transportation and the assistance before and during the trip. Moreover, we will help you to customize the tour according to your specific needs.

Here, however, some useful tips to best face your walk: