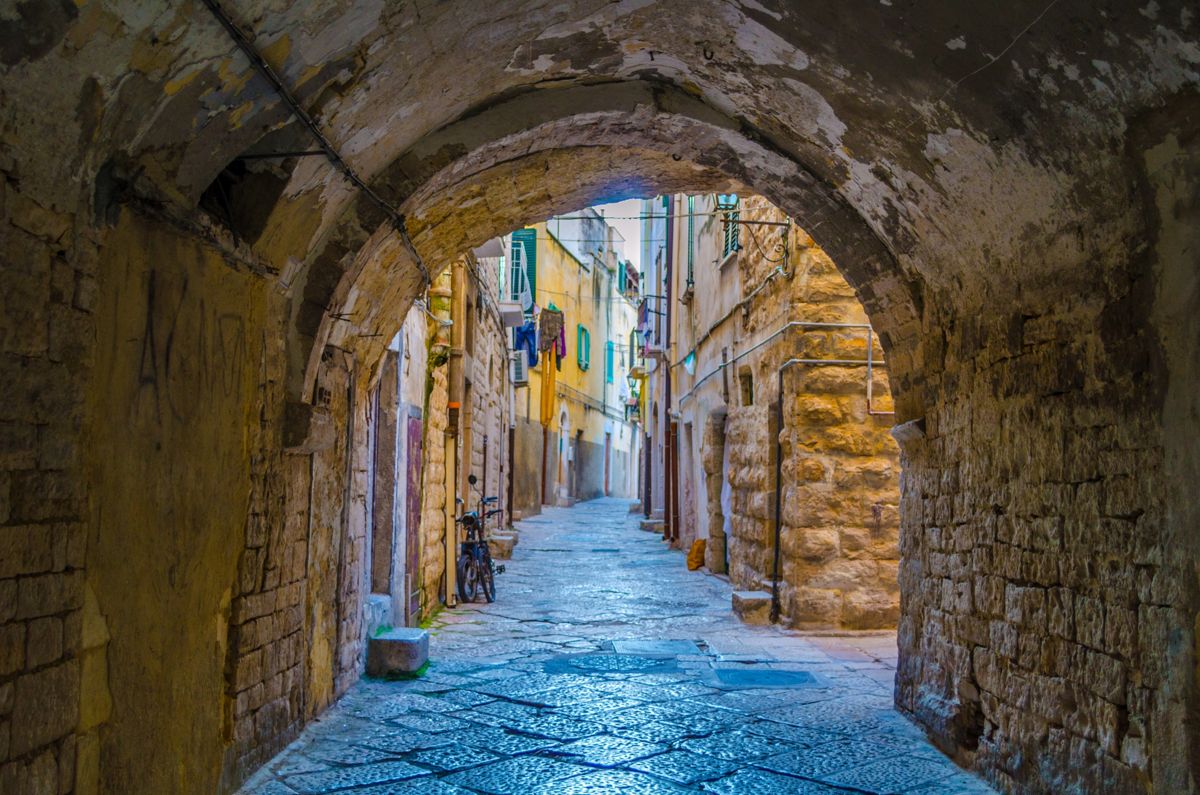 Puglia, ancient Messapian land, has been melting pot of peoples and cultures cohabiting for centuries in this narrow stretch of land.

Epicentre of the Mediterranean trade routes for long time, the Heel of Italy has an incredible story, with infinite witnesses amazing still today. Among these, the existence of Jewish colonies in Southern Italy already in the age of the Republican Rome.

A journey on the traces of the Jewish presence in Puglia during the millennia will allow you to discover a new face of this incredible region, that always knows how to surprise you.

Such as the images change depending on the perspective by which you capture them, in the same way stories take on different shades depending on the storyteller who narrate them. We thought to propose a tour to explore the Jewish Puglia, following an unusual perspective where the signs of the Hebrew culture become protagonists and storyteller of our story.

The Jewish world in Puglia: a very ancient history

In Puglia you can find very ancient traces of the Jewish presence: the strategic position of this region of the South of Italy has always made it a crossroad of peoples, customs and traditions, which today enrich its historical, artistic and cultural heritage.

The presence of Jewish communities in the South of Italy can be traced already during the age of the ancient Rome, when the Jews used to arrive here through the harbours of Brindisi and Pozzuoli. They stood in the land of Otranto, as free citizens or slaves working in the Roman latifundia. In particular, the Jewish presence in Puglia consolidated after the destruction of Jerusalem, that took place in 70 A.D. by the will of Emperor Titus.

These communities grew and developed over the time, getting integrated with the local people, but continuing to preserve their own language, their own culture, their own religion, their own traditions. This has meant that the witnesses of this important settlements are visible still today.

In more recent times, in the immediate post-war period, Puglia has become again a reference point for the Jewish communities. The survivors of the Nazi extermination camps found refuge in the reception camps set up by the UNRRA along the coasts of Salento. It was a period of transition, waiting for the return in their own countries to start living again, but also this passage left very precious witnesses which deserve to be deepened. We took inspiration by a documentary movie, “Reborn in Puglia” by Yael Katzir, to plan a tour that retraces the steps of the Jewish Puglia.

We at Slow Active Tours studied in detail a thematic itinerary through the most significative places in Puglia, which will allow you to follow the traces left by the Jews in this region during the millennia.

The starting point of the tour is Trani, an enchanting town overlooking the Adriatic Sea, whose historical heritage greatly preserves the memory of the Jewish community that lived here. During the Middle Age, the city hosted, indeed, an important Jewish community: nowadays, you can still visit the Jewish District, where the Synagogue of Scolanova stands out, splendid example of the Romanic architecture and the oldest Jewish temple in Europe. Besides the Giudecca and the suggestive old town, in Trani you will also have the possibility to visit the Jewish Museum.

From Trani to Lecce

After having visited Trani, one of the most beautiful towns still steeped in Jewish culture, it is time to go further south, towards Lecce. Before to reach the chief town of the Salento Baroque, you will have the opportunity to visit Castel del Monte, one of the most beautiful treasures of the historical heritage in Europe, built by the will of Frederick II of Swabia. After that, you will have the possibility to stop in Alberobello, the enchanting fairy hamlet famous for its typical trulli.

Both these sites have been recognised as World Heritage by UNESCO.

Once arrived in Lecce, you will return on the traces of the Jewish culture. The beautiful Salento town has much to offer by an architectonical point of view, thanks to the presence of many palaces and churches in Baroque style. Not by chance, Lecce is known as the “Florence of the South”. In particular, however, the choice of this stage for our tour has been dictated also and above all by another reason: here, you will have, indeed, the opportunity to visit the Via della Sinagoga, the Jewish Quarter and the Jewish Museum.

Puglia: land of rebirth for the Jewish communities

A little known historic fact, but that had a crucial importance for the Jews, took place in the years immediately after the end of the Second World War. The survivors of the Nazi extermination camps, waiting for the return to their own countries, were included into a reception system managed by the UNRRA (United Nations Relief and Rehabilitation Administration).

In Puglia, which was one of the first territories liberated from the Nazi occupation, several temporary refugee camps were set up to host refugees of various ethnicities, among which also the Jews. In Salento, places which are currently very popular tourist destinations were selected: we are talking of Santa Maria al Bagno, Santa Maria di Leuca, Santa Cesarea Terme and Tricase Porto.

Our tour passes through these places, where you can still find traces of the passage of the refugees in the splendid 19th century villas and in the holiday homes, seized from the owners during the war. In Santa Maria di Leuca, in particular, Colonia Scarciglia was used as a hospital and saw the birth of many children of refugees, among which Shuni, Ester and Rivka, who decided to return in these places, inspiring the documentary movie by Yael Katzir.

A tour rich in experiences

A thematic tour always enriches more than a mere vacation: you will have the opportunity to deepen history, ancient traditions, but also to discover very beautiful places.

The tour we propose to you to discover the Jewish Puglia passes through world-wide very appreciated tourist destinations: Otranto, Gallipoli, Galatina, Ostuni and many others!

Moreover, we cannot miss, as in every tour of ours, some food and wine experiences. In particular, you will have the possibility to taste kosher wines at Leuci Winery in Guagnano and excellent extra virgin olive oil in a typical Apulian farmhouse.

You can customize your tour according to your personal needs, taking advantage of our support before and during the trip.